A man has been arrested and accused of felony stalking and public sexual indecency over the last four months in a Chandler neighborhood.

I am anchor
PUBLIC INDECENCY A man has been arrested and accused of felony stalking and public sexual indecency over the last four months in a Chandler neighborhood.

According to court records, Bryant told authorities he “publicly masturbated” outside of the victim’s home in the 1400 block of South Cooper Road on several occasions.

The employer of the suspect identified his picture after it was posted on various media websites and notified police, the records show.

Bryant was booked into the Maricopa County Jail and is  facing one count of stalking and three counts of public sexual indecency. 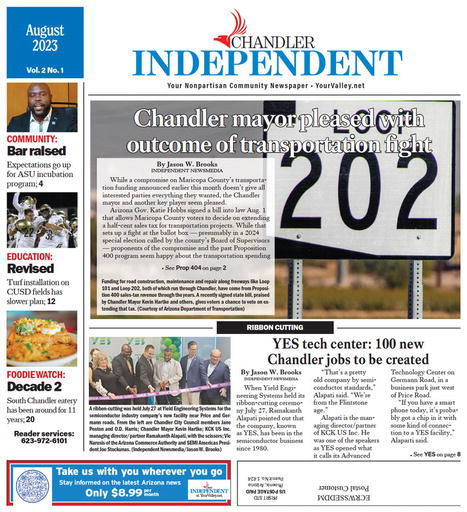 CHANDLER — The long-empty square on the southwest edge of Downtown Chandler took one more step recently toward being developed. The District Downtown is the name of the multi-use development …