Being charitable could become easier in Arizona 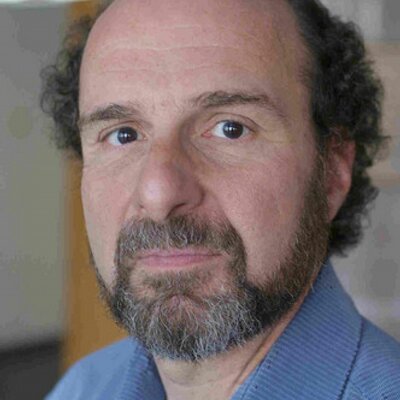 PHOENIX — State lawmakers took the first steps Wednesday to further reduce state revenues in the name of providing more incentives for Arizonans to donate to charity.

HB 2356 would allow those who do not itemize on their returns — places where they could claim charitable deductions — to still be able to deduct 50 percent of what they have given off their adjusted state income, the amount against which state income taxes are calculated.

The 6-4 vote by the House Ways and Means Committee came over the objections of the Democrats on the panel. They complained that the state was foregoing revenues that could be used to meet needs.

But Republicans on the panel said the state needs to do something to shore up sagging charitable donations.

The problem has its roots in the changes in the 2017 federal Tax Cuts and Jobs Act which made major changes in the laws governing individual and corporate income taxes.

The result is that many more individuals now choose not to itemize.

But the fallout, according to Brandy Petrone, a lobbyist for the Alliance of Arizona Nonprofits, was that without the financial incentive to give, donations dropped by $323 million.

Lawmakers sought to help last year with legislation to allow a 25 percent deduction for donations made by those who take the standard deduction. Now Rep. Ben Toma, R-Peoria, the sponsor of HB 2356, wants to double that.

The flip side, according to Rep. Pamela Powers Hannley, is that it would double the $24 million in reduced revenues from last year’s provision.

“I don’t think that it’s fiscally responsible again to double that and take $50 million out of the general fund when it could be spent or invested on other things that the state needs besides tax breaks,” she said.

“We’re sitting on a billion dollars last year in additional revenue,” he said.

“We’re sitting on another billion this year in additional revenue,” Mr. Toma continued. “This is not losing money. We’re doing very well.”

The issue, he said, is dealing with the effects of the tax law changes on others.

“We’ve hurt a segment that we all want to help,” Mr. Toma said.

And he rejected the premise that somehow the state is “losing” money with this legislation.

“The state has no money,” Mr. Toma said.

“The state only has taxpayer money,” he continued. “All this means is the state will take less money than it would have otherwise from the average taxpayer.”

Mr. Toma said that, as far as he knows, Arizona is the only state agreeing to let taxpayers who do not itemize take charitable deductions.

“We’re trendsetting,” he said. “Hopefully the feds will pay attention to what we’re doing and allow the same thing to happen the next time they do reform.”

The legislation has no requirement that the donations go to Arizona-based charities. But Mr. Toma, speaking to Capitol Media Services after the hearing, said that’s irrelevant.

“I don’t know that the problem is just that Arizona nonprofits are being hurt,” he said.

“I think all nonprofits are being hurt nationally,” Mr. Toma said. “And a lot of nonprofits that function in Arizona, especially those that are bigger, tend to have operations all over the country, sometimes all over the world.”

And Mr. Toma said he was not concerned that Arizona would be giving a tax break to those who might choose to donate to a charity that does its work in another state.

“It’s the people’s money to begin with,” he said.

“If an individual person want to donate to a Colorado nonprofit because they happen to do good work all around, it’s your money,” Mr. Toma said. “You should be able to do whatever you want with it and support whatever nonprofit you choose.”

Before approving the change, committee members rejected a proposal by Rep. Mitzi Epstein, D-Tempe, to allow the higher deduction only through 2025. She said that, given the sometimes cyclical nature of the Arizona economy that will give lawmakers a chance to revisit the issue — and the revenue implications — in five years.

Mr. Toma has a fallback plan in case his colleagues balk at doubling the deduction. His HB 2355 would increase that 25 percent deduction annually, but only by the amount of inflation.

Democrats found that no more acceptable, pointing out that there is no cap in how high that deduction would be able to go. Despite that, HB 2355 was approved by the committee by the same 6-4 party-line margin.

Both bills now need approval of the full House.

Tell us about your business status!

We've launched a new feature that allows any business to spread the word about whether you are open or closed; whether you are offering curbside or delivery services; or how to connect with you virtually.

Posting your basic information takes 30 seconds and it's FREE.

Additional options allow you to post deals or offers; expand your listing to include a logo, photo or map or post a brochure or menu; and you can get your listing published in our print editions.

This is a challenging time but we're here to help you get through this.

Most recent
Unrest demonstrates Biden's challenge in breaking through

WASHINGTON (AP) — Joe Biden is facing some stiff competition in getting his campaign message out. President Donald Trump spent much of the weekend using Twitter as a bullhorn to urge “law and …

NYC reels after days of unrest amid nationwide protests